“Lynx”, a sculpture from 2009, has its origins in a sketchbook by Albrecht Dürer.

Dürer, travelling to the Netherlands between 1520 and 1521, had the opportunity to observe and sketch wild and exotic animals in the royal zoological garden of Emperor Charles V in Brussels. This lynx motif comes from a sketch sheet also presenting other animal studies: a lion, a chamois and a monkey. The hunters and the hunted, side by side, as in the Garden of Eden.

The lynx in the original image is still, peaceful, the form is compact. I wanted to present it in the same manner – statuesque, calm, monumental. Resembling a rock, but at the same time detailed, with a busy, shifting and varied surface structure. Long ears, larger than naturally, pull the sculpture up. Letting them grow gives the creature a special kind of expression. The paws indicate a stable pose. The sculpture‘s surface is both soft and hard and at the same time sharp. Pieces of cut glass making up the animal’s skin come in countless shapes, causing it to reflect light. The color and shape of the figure emanate coldness, purity. It seems frozen. 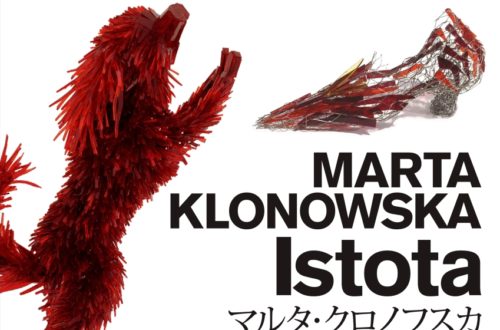